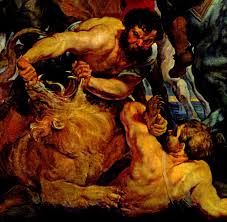 For wynnyng wolde I al his lust endure,

The above lines are taken from The Wife of Bath’s prologue; which is a part of Geoffrey Chaucer’s(1343-1400) most celebrated works, The Canterbury Tales. Begun in the 1380’s and published posthumously in 1475, this was a detailed narrative of a pilgrimage undertaken by 29 characters to Canterbury, who are described in the General Prologue. Though unfortunately the Canterbury Tales could not be completed, it is an enriching text with potent themes being discussed with much sass and intellectual arguments. Some of them being the theme of feminism, marriage, authority of Church, et cetra. Amongst the completed tales the prologue and tale of the Wife of Bath, is comparably the longest and the most controversial piece of writing. On a closer study of Alisoun in the General Prologue, her own Prologue and her tale, we find three completely different views or perspectives of her. Though these discourses cannot be studied separately, as they are on a distinct level interconnected in the study of Alisoun (The Wife Of Bath). This multilayered discourse helps us understand Chaucer’s play of the role of the sexes, gender and gender performances.

This question is asked by Alisoun in her own prologue, whilst recounting the mental torture inflicted on her by her fifth husband, Jankin, whenever he read from his “book of wikked wyves“. This reference to the Aesopian fable of the man and the lion; where a man has shown a lion, a painting in which a man can be seen killing a lion. Disgruntled at such a portrayal of his species, the lion asks what if the picture had been painted by a lion? This question is then repeated by Alisoun, who reinstates the importance, as well as the unreliability of an individuals perspective and opinion- also addresses the Wife’s biggest concern of the woes in marriage. She says that, what if women had the opportunities to write accounts on men and their behaviour, they would have also given “true” images of their irrationality and their imperfections. Just like how men talk ill about women and “wyves”, even more than they talk about their goodness. Alisoun, as well as, all other women hate to constantly hear about their flaws, but, in those times it was common to expect women to be submissive and willingly obedient in marriage. Disobedient women were liable to correction by force. The canon law specifically allowed wife beating. Here, the lion and the women are being put under one category, rather, the same position: As Jill Mann puts it, “They are powerless to correct the distorted images of themselves produced by the clerical misogynists and given all the weight of bookish authority”. This is the same problem that the Wife is trying to redress, and unmask the biased individual behind all the misogynist writings of her time.

In her essay Reimagining Natural Order in The Wife of Bath’s Prologue, Laura Wang gives an interesting aspect to the image of animals which come up often in the prologue. In reference to the image of the lion, ” there is a curious quality to Alisoun’s allusion”, the Wife does not narrate the entire tale of the man and the lion, she just chooses the part which supports her argument. She culminates the essence of the moral in that one single question, which she asks as if asking her own: the lion and Alisoun become for that brief moment a “single, maligned entity”. The lion talks as a man, and the Wife questions like the lion. Apparently by invoking the image of the animals, Alisoun is trying to provoke and instigate the misogynistic crowd she currently speaks in, in a more poignant and comical way. She refers to the idea held by men about ugly women in her prologue, where she evokes the image of a dog:

“And if that she be foul, thou seist that she

Coveiteth every man that she may se;

For as a spaynelshe wol on him lepe,

Here, she says from a man’s point of view, that, according to them all ugly women who are devoid of mates, still harbour passion and they will leap on any man that they see, like a spaniel, to satisfy their desires. The wife toys with the idea of the classical and Christian traditions of the great chain of being, and through her “experience” she constantly states that both men and women are equally animal, in opposition to popular belief that plants and animals stand below humans on the divine chain of being (and Gods and angels stand above humans).

The character of Alisoun is often seen as a proto feminist character, But critics often refute this point as she does not defend the stance of women in her prologue, in fact she conforms to the conventional stereotype of women as loud mouths, who are infidel and promiscuous, and have no control over their sexual desires. Though, in more ways than one she tries to defend the womankind by accepting that they do have flaws and are not all perfect. But, men themselves are also not the ultimate images of perfection. She in her prologue, often misquotes from the bible to throw light on the malpractices of the Church, where the priest quotes his own interpretation of the bible to suit his authority. Like taking for instance the case of Solomon the king, who is praised in the bible, is said to have had 700 wives and 300 concubines:

As would God it leveful were unto me

Here, the wife takes a jibe at King Solomon and states that she’d be over the top if she was “refresshed” half as many times as he was, I.e. sexually satisfied. The Wife of Bath deconstructs Church edicts, and states that religious texts should be open to criticism and various other interpretations. She frequently talks about sex openly, and acts puzzled when men consider multiple partners as something bad, because Solomon clearly does not adhere to their notions of monogamy. It is uncommon to see the desires and pleasures of men and women equal, which the Wife takes for granted. Alisoun, thanks to her first three marriages, is well settled with a good fortune and belonging to the mobile middle class, questions many of the practices of her time: The Church which idealized chastity (virginity), saw marriage as a necessary evil to avoid unlawful relations between men and women. Hence, marriage was supposed to bind a man and a woman together in order to keep them off the streets and from keeping them from having licentious relationships with various individuals. Enjoying intercourse in a marriage was also considered sinful. But, the Wife of Bath openly proclaimed that she did not believe in such divine “laws” and enjoyed sexual activities without guilt. She coyly says that, “But conseilling is no comandment….” (67). This is scandalous to the readers because she says so, in a company of Friars, Priests, as well as other men folks who are on the pilgrimage with her.

Alisoun also describes her five husbands, of whom, first three were old and rich whilst she was young and full of lust for riches herself, and the latter two were young men, when she had become older and economically powerful. Her fifth husband is said to have been half her age, as well as, well educated. Jankin, whom she claims she married for love, proves otherwise, in his treatment of her. It looked more like he was in it for her property and her money, which she willingly gave to him and later turned a blind eye to his reality. It is a potent theme in the text, the theme of marriage as an economic alliance. She makes it known that she has followed the rule of experience rather than the rule of authority in the very first line of her prologue, “Experience, though noon auctoriee“. She explains that she sees nothing wrong with having had five husbands and cannot understand Jesus’s rebuke to the woman at the well who also had five husbands: “Biside a welle, Jhesus, God and man, / Spak inrepreeve of the Samaritan: / ‘Thou hast yhad fyve housbondes,’ quod he,” (15-18). Instead, she prefers the biblical command to go forth and multiply: “God bad us for to wexe and multiplye” (29). In her defence she states that, If virgins are not produced then how will there be more virgins; “Virginitee, thanne wherof sholde it growe?” (72)

The Wife of Bath,through a feminized version of Chaucer, manages to attain a voice. Though she functions within the system rather than outside it, she has been able put her point across and proudly says that “Why should sex only be seen as procreation and not pleasure?”. Her prologue tell an autobiography of sorts, where in, a woman is shown as being comfortable with her sexuality and being able to talk about it as well as question others on it. She is a woman before her times, she is the woman who goes and gets what she wants and doesn’t restrict herself with the expected behavioural norms of society which were regressive for women. She says that, once the question of authority and

mastery is dissolved in a relationship, it becomes a conjugal and happy relationship. She is a cloth maker, who is self sufficient, and openly advertises for a sixth husband in her prologue. She is most importantly a multilayered character along with being an open book, some people find her promiscuity as appalling till date, but, her honesty undercuts her sexual prowess and shows her in the light of a proto feminist.